More News You Should Know 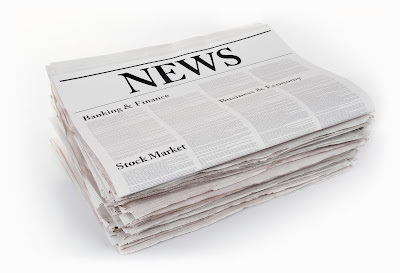 * "The atrocities in North Korea reached another peak on November 3, as roughly 80 people were publicly executed in seven different cities for crimes such as watching films made in South Korea, dealing in pornography or possessing a Bible. The executions were the first mass executions of the Kim Jong-un regime, according to JoongAng Ilbo. Approximately 10 people were murdered in the cities of Pyongsong in South Pyongan, Wonsan in Kangwon Province, Chongjin in North Hamgyong Province, and Sariwon in North Hwanghae Province.

Wonsan’s executions were carried out by binding a group of people to stakes, putting white sacks over their heads and blasting them to pieces with a machine gun in front of thousands of witnesses at a stadium, among whom were many children. Families of the executed victims were sent to prison camps along with the victim’s accomplices." ("North Korea Executes 80 Citizens," William Bigelow, Breitbart)

* "One of the most touted benefits of President Obama’s health care overhaul law is the provision allows parents to keep their adult children on their health insurance until age 26. However, Trace Gallagher reported on 'The Kelly File' Monday, this benefit is not being extended to a significant group of Americans: members of the U.S. military." ("Military members, veterans missing out on key ObamaCare provision," Fox News)

* "The HHS mandate that is a part of Obamacare was dealt another blow on Friday, as a federal appeals court ruled the Obama administration cannot force a family-run business in Illinois to comply with it and pay for birth control or abortion-causing drugs for its employees. This ruling comes after another victory against the mandate earlier this month…

In a 2-1 decision issued Friday by the U.S. Court of Appeals for the Seventh Circuit, the court reversed the federal district court’s denial of a motion for a preliminary injunction and remanded the case for the district court to enter the preliminary injunction. The appeals court upheld the rights of both individuals and companies to challenge the ObamaCare HHS Mandate – the first decision of its kind in the ongoing HHS Mandate litigation." ("HHS Mandate Loses Again, Obama Admin Can’t Force Family Business to Comply," Steven Ertelt, LifeNews.com)

* "A public university in President Abraham Lincoln’s home state of Illinois is adorned with a plaque that states Lincoln – arguably the most famous and influential president in American history – was a Democrat. (Lincoln, of course, was a Republican.) The plaque, located on a historic building that’s part of Northeastern Illinois University in Chicago and installed in 1905, states: 'This building is dedicated to the public service honoring the memory of Abraham Lincoln -- Democrat.'

When a picture of the memorial recently surfaced on social media sites, it quickly went viral, and prompted anger among many Republicans, who called the dedication not only inaccurate but also a prime example of revisionist history. But the university stands by the inscription." (Jennifer Kabbany, The College Fix)

* "By the end of Tuesday, a handful of countries notorious for blocking human rights promotion at home and abroad will have rejoined the U.N. Human Rights Council. Due to an absence of competition, Tuesday’s vote at the General Assembly in New York will see China, Russia and Saudi Arabia all return to the council in January, just one year after term limits obliged them to stand down. They will be joined by Vietnam, which will take a seat for the first time since the Geneva-based HRC was established in 2006." ("Saudi Arabia, People's Republic of China Will Join UN 'Human Rights' Council", Patrick Goodenough, CNS News)

* "Former President Bill Clinton said that President Obama should keep his pledge to allow people to keep their current health care plans, if they like them, under Obamacare: 'So I personally believe, even if it takes a change to the law, the president should honor the commitment the federal government made to those people and let them keep what they got.'" (Daniel Halper, The Weekly Standard)
Posted by DH at 9:44 AM