A New Profession in the Culture of Death? 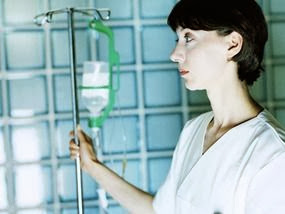 What do you want to be when you grow up, Johnny? I want to get a license to help people kill themselves, Mommy!

I’m not making this up.

Says the bill itself,

And, as Smith points out, these facilitators can be as young as 16, providing they have a “terminal or life-shortening illness.”

Again, from the bill itself,

19 General functions of licensed facilitators A licensed facilitator is to use best endeavours—
(a) to provide, before, during and after the act of suicide (or attempted suicide) by the person for whom the facilitator is acting, such practical assistance as the person reasonably requests,
(b) to provide the person with comfort and reassurance,
(c) to be with the person when any drug or other substance or means dispensed or otherwise supplied for the suicide of the person is taken or used by the person,
(d) as soon as practicable after the expiry of the period of 14 days referred to in section 17(2), to remove from the person any such drug or other substance or means still in the person’s possession.

Madness? Of course. But a distinctly malevolent madness, this -- an inarguable illustration of the spiritual war between the forces of Christian civilization and a demonic culture of death.
Posted by DH at 12:17 PM