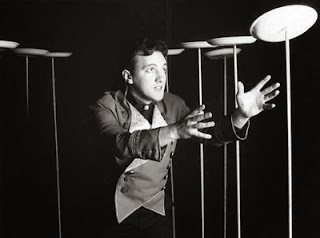 Last week began with an unusually adventurous church service in which I interviewed an old friend, Dan Butler. Dan was an extremely influential friend to both Claire and I in the early 70s. His service in the last 25 years, however, has been in Arizona as a chaplain in the prison system, the National Guard, and now the VA Hospital. Our conversation was originally going to be a short one but the topics were so relevant and the audience's interest so keen that I decided to use the whole sermon time. It was valuable, profound, and very well received.

Then, after a quick lunch at Jason's Deli with Dan and his wife Charlene, we joined others from our church for a very rainy hour's pro-life witness in this year's Life Chain. Quint Coppi joined us there at 72nd and Dodge too. We were drenched by the end of the Life Chain but very pleased at the response from the public.

But the week was just getting started. There were several hospital visits to a dying friend.  There was blogging and the regular Tuesday/Thursday Panera's meetings with Dick Wilson, John Malek and Pat Osborne.  We also had a couple of evenings of entertaining -- one night with the Butlers and another with our literary club.

Mowing the lawn. Working on the monthly newsletter. Preparing for Sunday's sermon and the adult Sunday school class. Dealing with a vicious hacking job on Claire's computer.  And 6 presentations of "When Swing Was King" -- all of which went swimmingly.

This week will be a hectic one too. For in addition to all the regular duties (including getting out the LifeSharer letter and doing another 7 "When Swing Was King" presentations), we will be traveling to Hastings, Nebraska later this week where I have to help with a funeral. So, if blogging is a little irregular, you'll know why.

And then next week...no kidding...Claire and I are taking off for a vacation down Branson way. We can hardly wait.
Posted by DH at 12:48 PM