You Can't Fix ObamaCare. You Must Repeal It. 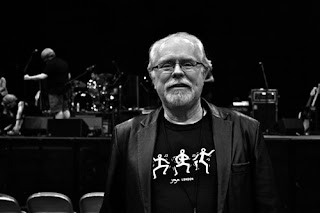 It seems that Democrat Congressman Ron Barber from Arizona, like everybody else in his party, needed the humongous ObamaCare bill to pass in order to, in Nancy Pelosi's now infamous phrase, "find out what was in it."

Well, lo and behold, once it passed and Barber's constituents found out what was in it, they were anything but pleased. In fact, they were really ticked off. As a result, Congressman Barber is now seeking to repeal a particularly egregious bit of the package; namely, the provision of Obamacare that diminishes the amount of medical expenses that senior citizens can deduct on their tax returns.

You see, taxpayers have been able to take a federal income tax deduction for medical expenses that exceed 7.5% of their adjusted gross income. But under ObamaCare, this will be raised raised to 10% for taxpayers under age 65 and, in three years, it will also apply to taxpayers 65 years and older. Barber's constituents are complaining that the financial damage caused by limiting deductions for medical expenses will "be disproportionately borne by that ‘selective segment’ of the population that, via the ‘aging process,’ is already the victim of catastrophic non-reimbursable medical expenses.”

But Barber is wrong. Specifically, he's wrong in trying to fix the mandated mess that is ObamaCare merely by fixing just one of its many drastic errors. No, Congressman Barber, the whole thing needs to be defunded and dismantled…as soon as possible. Get on it, will you?
Posted by DH at 10:32 AM