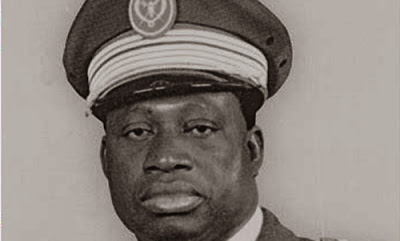 Earlier this week, the former President of Burkina Faso, Saye Zerbo, passed away. I was grieved at this news but I found great comfort in knowing that Saye Zerbo's eternal destiny was secure and even at this moment he is enjoying the presence of his Savior, Jesus Christ.

I had the honor of being a guest at Colonel Zerbo's home several times during the two visits I have made to Burkina Faso. Indeed, I had spent many stimulating hours with he and his family in the course of making a documentary film about his life. I wrote and narrated for the documentary the general outline of Zerbo's history, but much of the story (the best parts, certainly, such as his compelling journey from Islam to Christianity) were told by the Colonel himself.

That film, produced and directed by Patrice Kabore, was called "Come To The Light." And though Patrice was unable to secure general distribution of the film, it has been shown in Burkina Faso, on Christian television programs, and the Vital Signs Ministries website. It is also available throughout the world on YouTube.

But for those interested in an intriguing biography, one that includes a miraculous conversion to Christianity, I'll make it easy for you and embed the 4 parts of "Come To The Light" right here: