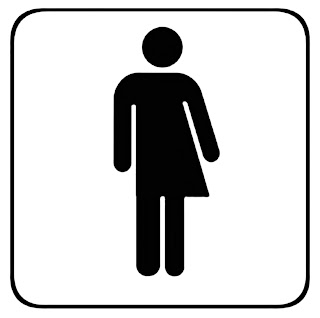 Want an idea of just how far the morality, priorities and policies of the U.S. military have devolved? Then read this National Review column from Mark Steyn, "Fly Boys."

In my column on Major Hasan, I quote the response to his killing spree by General Casey, the Army’s then Chief of Staff: "What happened at Fort Hood was a tragedy, but I believe it would be an even greater tragedy if our diversity becomes a casualty."

Not to be outdone, on Thursday the United States Air Force celebrated “Diversity Day" --

"The U.S. Air Force said that a well-known drag queen group was invited to perform on base during a “Diversity Day” celebration because drag is a “symbol of gay pride and unity…”

Drag acts have had an honorable role in military entertainment (see Gloria in the BBC sitcom “It Ain’t Half Hot, Mum”, or the “Honey Bun” number in South Pacific), but it is the peculiar genius of today’s plonkingly turgid diversity enforcers to make drag acts a real drag. Here’s the USAF’s official spokesperson:

“Drag acts to this day represent the struggle for freedom and equality of the LGBT community, while at the same time providing a deep-rooted historical form of entertainment for the LGBT culture,” said Peggy Hodge, a spokesperson for the Office of Public Affairs…“Drag queen acts are historically one of the main forms of entertainment in the LGBT culture, having its roots in the earliest of days of the gay rights movement.”

Things seem to have gone downhill from there:

"In addition to the drag queens, there were performances by an Irish dance troupe, a Polynesia entertainment group, Japanese drummers, Native American dancers, Hispanic folk music, and cloggers."

As the Duke of Wellington said on the eve of Waterloo, “I don’t know what effect they’ll have on the enemy, but by God they frighten me.”
Posted by DH at 8:32 AM