Yet Another Story of "Sequester Hypocrisy" 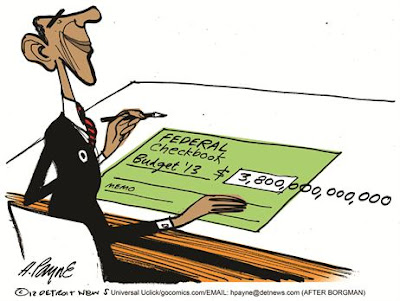 Different details but always the same story line. Team Obama and the Democrats scream about the sequester cuts while continuing to spend wads of money on luxurious perks for themselves, astounding foreign aid packages that even go to America's enemies, and absurdly wasteful welfare state projects.

Just two days after the Pentagon began furloughing hundreds of thousands of civilian personnel due to budget cuts, the Army ordered its second batch of televisions for the terrorist detention center at Guantanamo Bay, an expense totaling more than $80,000 in the last two months…

Secretary of Defense Chuck Hagel warned just a day before the second TV purchase that sequestration will cause “serious damage” to the military.

"If the cuts continue, the Department will have to make sharp cuts with far-reaching consequences, including limiting combat power, reducing readiness and undermining the national security interests of the United States," Hagel said in a letter to the Senate Armed Forces Committee on July 10.

Furloughs for the Pentagon began on Monday July 9, when 650,000 civilian workers were forced to take the first of 11 days off without pay, one a week through September.

Guantanamo Bay, however, is not cutting back.  As CNSNews.com previously reported, the detention center also is looking to hire seminar instructors to teach terrorists watercolor painting, Adobe Photoshop and Arabic calligraphy, among other things.

In addition, the Pentagon has asked for $450 million to maintain and “upgrade” the detention facility...
Posted by DH at 10:09 AM