Wendy Davis -- It's Not About Women's Health. It's About Abortion. 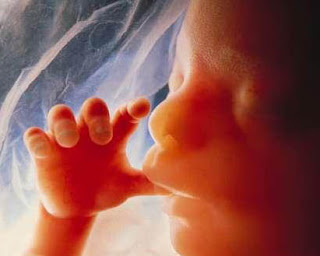 Rich Lowry, the editor of National Review, takes a look at the latest lionized heroine of abortion zealots.

Wendy Davis is the country’s most prominent defender of late-term abortions. What Rosa Parks was to desegregation, what Eunice Kennedy Shriver was to respect for the disabled, what Elizabeth Cady Stanton was to women’s suffrage, the Texas state senator is to abortion after 20 weeks of fetal development…

A ban after 20 weeks, near the end of the second trimester, represents a minor restriction on abortion by any reasonable standard. Many European countries, which we tend to consider laxer on such matters, ban abortion well before 20 weeks. It’s not just that Wendy Davis is out of step in Texas; she would be out of step in Belgium and France, where abortion is banned after 12 weeks…

Wendy Davis always couches her position, of course, in terms of reproductive “health.” In the very same breath, though, she opposes a provision of the Texas law requiring that abortion clinics meet the same standards as outpatient surgical centers. Since abortion involves outpatient surgery, this would seem an uncontroversial measure, especially given that Democrats favor the strict regulation of practically every other business and activity in America.

The provision is drawn from the recommendations of the Gosnell grand-jury report that wanted tighter controls to prevent the kind of butchery that it had investigated from happening again. The requirements, like wider hallways, aren’t frivolous. One of Kermit Gosnell’s “patients” bled to death because his clinic couldn’t properly accommodate a hospital gurney. Whistleblowers from an abortion clinic in Houston have told horror stories reminiscent of Gosnell’s unspeakable practices.

If the balance of the Democratic party weren’t invested in protecting abortion as a kind of secular sacrament — “sacred ground,” as Nancy Pelosi calls it — it would recoil from Wendy Davis in embarrassment. Instead, it lionizes her. And why not? She exemplifies its moral and political bankruptcy on this issue.
Posted by DH at 9:24 AM