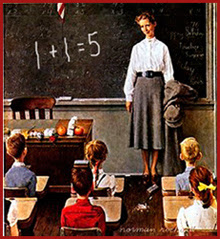 In follow up remarks to Barack Obama's long and windy economics speech earlier this week, White House spokesman Jay Carney praised the president for pulling the nation from the depths of the "Great Recession" by creating 7.2 million private sector jobs.

But then Jay Carney also believes in unicorns, elves, and ObamaCare.

Here, however, are some real numbers that Mr. Obama, Mr. Carney or any other Democrat wants to think about.

* During Obama's presidency, 9.5 million Americans have dropped out of the labor force.

* For every job created in this time, we have lost 1.3 jobs. I'm no math wizard but I'm pretty sure that's going backwards, guys, not forward.

* There are 15 million more Americans on food stamps today than when Obama was sworn in as our President. So even if we believe Mr. Carney's figure, that means we've put two people on the food stamps list for each person who has managed to land a new job.

Like I said, the Democrats don't want to think about these all-too-real economic indicators. But they are numbers that the rest of us can't afford not to think about -- long and hard.
Posted by DH at 11:02 AM