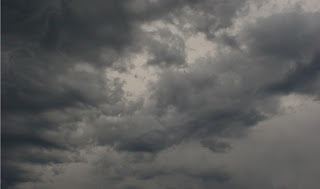 Last night was the quarterly meeting of the Vital Signs Ministries' Governing Board. The meeting went fine but, as we all expected, there was an underlying pensiveness because of the absence of Chet Thomas, our dear friend and colleague who died two weeks ago.

When the meeting broke up, I learned that another friend, Doug Bryce, was at the hospital in critical condition following a fall from the roof of his house. I drove down to the hospital and spent a few hours with family and friends until the initial surgery was completed around midnight. He suffered a skull fracture, several broken ribs, and other things. Though he is fairly stable, the prognosis is unknown.

Certainly, prayers in behalf of Doug (he also goes by Dave) and his family are most appreciated.

At 6 this morning I was at Panera's for my regular Tuesday morning with Dick Wilson and John Malek. Then at 8, Claire followed me down to Christian Car Care where Jeff is going to fix the Oldsmobile. Claire was driving Don Kohls' truck because he is putting a new tailpipe on her Buick today.  (Alas, cars go "the way of all flesh" just as surely as people. Only God, His Word and His redemptive work in believers are truly permanent.)

Anyhow, with other pressing things on the agenda today, blogging is limited. In fact, today's posts all connect you with recent items on one of our "other" blogs…not the Russian-language one, but the arts-oriented one. You'll find those immediately below.
Posted by DH at 10:50 AM