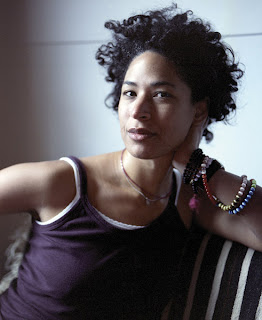 Alice Walker, author of The Color of Purple and an icon of the left, is praised more for her radical feminism than her talent. That's because she actually doesn't have much of the latter. But when modern art reveres chaos, egotism and post-Christian spirituality while disdaining genuine skill, politically-correct hacks like Walker will continue to make the grade.

But though the values of Alice Walker are yet the rage of the literature profs at Yale, they are dramatically rejected by someone a little closer to real life; namely, Alic Walker's daughter, Rebecca.

...It reminds me of just how blessed I am. The truth is that I very nearly missed out on becoming a mother  -  thanks to being brought up by a rabid feminist who thought motherhood was about the worst thing that could happen to a woman.

You see, my mum taught me that children enslave women. I grew up believing that children are millstones around your neck, and the idea that motherhood can make you blissfully happy is a complete fairytale.

In fact, having a child has been the most rewarding experience of my life. Far from 'enslaving' me, three-and-a-half-year-old Tenzin has opened my world...

As the child of divorced parents, I know only too well the painful consequences of being brought up in those circumstances. Feminism has much to answer for denigrating men and encouraging women to seek independence whatever the cost to their families.

My mother's feminist principles coloured every aspect of my life. As a little girl, I wasn't even allowed to play with dolls or stuffed toys in case they brought out a maternal instinct. It was drummed into me that being a mother, raising children and running a home were a form of slavery...

I love my mother very much, but I haven't seen her or spoken to her since I became pregnant. She has never seen my son  -  her only grandchild. My crime? Daring to question her ideology.

Well, so be it. My mother may be revered by women around the world  -  goodness knows, many even have shrines to her. But I honestly believe it's time to puncture the myth and to reveal what life was really like to grow up as a child of the feminist revolution...