Is the Benghazi Cover Up Beginning to Unravel? 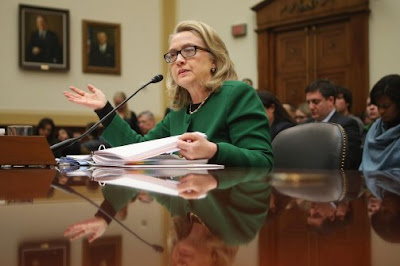 Man alive, what happened while I was in church yesterday morning? Was there a realignment of the planets? Did hell freeze over?

No, something even more bizarre.

"Face the Nation" effectively covered the latest revelations about Benghazi!

Indeed, in this clip from the program, Bob Schieffer not only acknowledges a groundbreaking story from the alternative media (the conservative Weekly Standard), he even exposes (with no small amount of feeling) Susan Rice as a lying puppet when she appeared on his show.

Schieffer even uses this highly influential program to fire up interest for the newest Congressional hearings led by Republican Darrell Issa that will begin this week. In addition, Schieffer previews a bit of the testimony that will be very damaging to the State Department and the White House.

By the way, Republican Darrell Issa plays it very cool, very measured on the program, thus allowing Schieffer himself to "carry the water" in exposing Team Obama's outrageous incompetency and self-serving lies.

Is the worm turning?

Here is the section of "Face the Nation" that you won't want to miss and then here are some related articles you'll also find of value, "The Benghazi Talking Points" by Stephen F. Hayes at the Weekly Standard, "Dancing with Obama" by Clarice Feldman at American Thinker, "The Complete Benghazi Timeline in Spreadsheet Format" by Thomas Lifson also at American Thinker, and "Benghazi Impeachment Suddenly Not So Far-Fetched" by Roger L. Simon at PJ Media.