A Look into Castro's Prisons 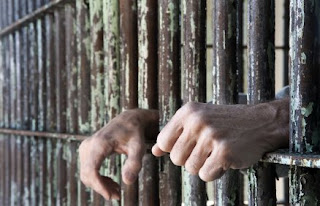 And it's not pretty. Or fair. Or humane.

Here's part of a letter from a person living through the hellish existence that is a Cuban prison.

If the Commission on Human Rights in Geneva saw through a crack the horrors that occur in Cuban prisons, surely it would do two things:

1) Expel Cuba from the United Nations.

2) Knowing the alleged violations that are occurring in the prison of Guantanamo Bay, according to accusations from the Castro government, they could send the directors who lead the prisons in Cuba — true concentration camps — to pass a course at Guantanamo, in order to improve their behavior.

The dictatorship, always obsessed with attacking the United States, transmits TV images denigrating what is allegedly happening in Guantanamo Bay.

It’s not my job to defend it or make value judgments about it, this is the role of the American people; my obligation as a Cuban and intellectual is to denounce the terrible tortures that take place in the prison where I have been held and of which I am now a witness.

At present, in the cell, there is a young man with his mouth sewn shut with wire. Today he passed through the prison before the frightened looks from the other inmates.

There are daily fights between prisoners and between them and the guards. I guess this is common in any prison in the world but I am not a specialist to confirm that. But here, when the guards confront a prisoner, the ratio is ten to one, along with their batons and pepper sprays.

The food they serve is a tiny amount and badly prepared. It consists of a few grams o rice, a boiled egg, and a colorless and odorless but always disgusting soup.

The barracks are populated by prisoners who have completed their sentences, and who, because of bureaucratic problems, remained locked up without any consideration. The constant beatings and dungeons are increasing their sentences along with the blackmail to not demand their “rights.”

Silence is the only ally of the Cuban prisoner; talking could lead to a new condemnatory charge in the most arbitrary of decisions.

They wait and resign themselves. They have no alternatives…

Hopefully the Rapporteur who is sent to Cuba will be able to meet with the people who so greatly suffer the need for him.
Posted by DH at 12:38 PM