Why the West's Indifference to Middle East Christians? 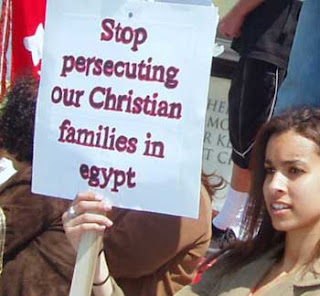 In 2010 an al-Qaeda front group attacked one of Baghdad's main cathedrals during Sunday mass. More than 50 people were slaughtered. The militants had a clear and simple explanation for this atrocity: "All Christian centres, organisations and institutions, leaders and followers, are legitimate targets for the muhajideen wherever they can reach them. We will open upon them the doors of destruction and rivers of blood."

In this environment, it’s no wonder that Christianity is dying in the land of its birth.

As recently as a century ago Christians made up 20 percent of the population of the Middle East, with thriving communities in what is now Syria, Iraq, Palestine, Lebanon, and Egypt. Today thanks to persecution and instability, that estimate has fallen to less than 5 percent. But instead of alarm bells- or even a flicker of interest -- this calamitous decline has been greeted with yawns by the Western media.

The United States, where 76 percent of the population still describes itself as nominally Christian, has been surprisingly indifferent…

Read the rest of Lars Brownworth's detailed, thoughtful and alarming article, "Indifference to the fate of Middle East Christians has ancient roots" right here at Mercator. By the way, Brownworth is the author of Lost to the West: The Forgotten Byzantine Empire that Rescued Western Civilization which you might find of interest as well.
Posted by DH at 11:24 AM