When It Rains, You Pay 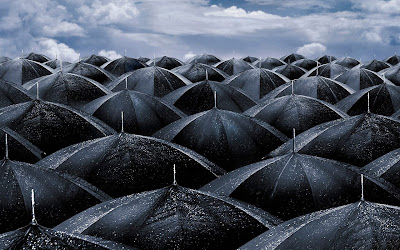 Really? A tax on rain?

The Drudge Report headline is a fairly accurate description of what Howard County in Maryland has just mandated. The tax is called a "stormwater fee" and will be used for water restoration projects. And it's a big tax too -- starting at $105 a year per property owner and going up from there.

Even for a blue state citizen who is already used to being pillaged by local government, that's a pretty substantial ouch.

It's also alarming to learn how one of the county council members justifies this bold money grab; namely, "It is going to impact everyone in the county. I believe that what we have done is to create a fair system of assessment.”

Please note that this definition of fairness has nothing to do with a property owner's rights. It merely insists that the new and exorbitant tax is "fair" simply because the government manages to gouge every property owner.

"Fair? Of course, it's fair. It hurts everybody doesn't it?" That's a pretty perverted sense of justice...even for a Nanny State officeholder.

And so, in recognition of this particularly meddlesome action, I dedicate the following song to the Howard County Council members: