If a Democrat Falls in the Forest, Can a Journalist Hear It? 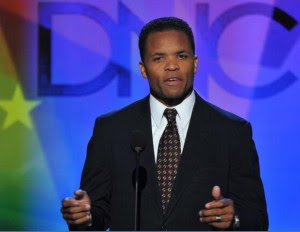 He's a prominent political figure who, until recently, figured to have a very promising future on the national stage. In addition, he's the son of one of America's most famous civil rights leaders. But then he got caught -- an ugly sex scandal, drugs, lies to public officials, and spending hundreds of thousands of campaign dollars on things like fur coats and memorabilia from the careers of Michael Jackson and Bruce Lee.

So when the indictments finally came down on Chicago's Democrat Congressman Jesse Jackson, Jr., why was there hardly any news coverage? Like no mention whatsoever on the Sunday news shows? And even in the cases where it was mentioned (i.e., 18 seconds on Good Morning America), why was there no mention of Jackson's party affiliation or the loutish extravagance of his illegal spending sprees?

Had Jackson been a Republican or had he any personal connections to a conservative leader, do you think the media might have been a lot more interested in covering the story?