Dreary, Depressing and Dangerous -- That's Not the Weather, That's the News! 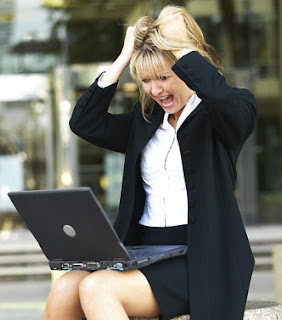 * America's Alarming Birth Dearth
Jonathan Fast reports for the Wall Street Journal -- For more than three decades, Chinese women have been subjected to their country's brutal one-child policy. Those who try to have more children have been subjected to fines and forced abortions. Their houses have been razed and their husbands fired from their jobs. As a result, Chinese women have a fertility rate of 1.54. Here in America, white, college-educated women—a good proxy for the middle class—have a fertility rate of 1.6. America has its very own one-child policy. And we have chosen it for ourselves.

Forget the debt ceiling. Forget the fiscal cliff, the sequestration cliff and the entitlement cliff. Those are all just symptoms. What America really faces is a demographic cliff: The root cause of most of our problems is our declining fertility rate...

* Surprise for Obama Voters, ObamaCare Ain't Cheap
The Internal Revenue Service has laid it out -- under Obamacare the cheapest health insurance plan available in 2016 for a family will cost $20,000 a year.

* Gas Prices Soar, Obama Indifferent
Gas prices are moving up another 20 to 50 cents a gallon…after already soaring in winter months that do not usually see such increases. We're very close to an all time high. And you can imagine how deep that will hurt an already critical economy. But Obama yet refuses to allow drilling for domestic sources of oil even as he fights even harder against the Keystone pipeline. Does this guy actually want America to go bust?

* Obama Ignores Congress, Sends Millions of Dollars to Countries That Use Kids as Soldiers
ABC News reports -- Tens of millions of dollars of U.S. military financing will continue to flow to Yemen and three other countries that recruit and use child soldiers, despite a 2008 U.S. law designed to restrict U.S. taxpayer funding of foreign militaries that enlist children to fight in war.

The White House issued a memorandum Tuesday evening to allow military funding to Yemen, the Democratic Republic of the Congo, and Chad, three of the six countries on the State Department's list of foreign governments that recruit and use child soldiers in state-backed armed forces and militias.

Human rights advocates say the presidential waivers, issued for a second year in a row, undermine the intentions of Congress...

* John Kerry Makes First Speech as Sec. of State
And a key theme of that speech is…uh, climate change? Good grief. Oh, yeah, the speech also made the claim that the greatest challenge to U.S. foreign policy is not emerging China or Middle East instability. It's Congress. And this, remember, is the far-left (though dull and incompetent) radical that Nebraska's Republican Senators Deb Fischer and Mike Johanns voted for. Thanks a lot, guys.

* Vote Fraud -- And This Is Just One Case Out of So Many
Melowese Richardson is the Ohio poll worker who admitted to casting two votes in November for President Obama. Now, Ohio officials are investigating if she voted in the names of four other people as well and cast a total of six ballots in the 2012 election, according to Fox News. The investigation is part of a wider one into a number of cases of alleged voter fraud in Hamilton County, Ohio.

* Going Postal
The U.S. Postal Service is broke and woefully broken in efficiency. Case in point -- they lost $13 billion last year alone. But rather than concentrating on cutting waste, trimming union perks, and improving service in order to compete with UPS, Fed Ex and other private companies who are eating their lunch, the USPS has decided to…wait for it…give America T-shirts and tote bags. No kidding. Branding their new line of clothes and accessories "Rain Heat & Snow," the Postal Service claims they will certainly move into "the cutting edge of functional fashion."

* Longer Waits at the Airport
The travel industry is warning that airport security line wait times could stretch to three hours after mandatory funding cuts kick in March 1. Top congressional aides and the U.S. Travel Association [say] that under the looming budget sequester, an hour will be added to security waits at the nation's largest and busiest airports due to necessary Transportation Security Administration and U.S. Custom and Border Protection furloughs required to meet the funding cuts. And once travelers pop out of those security lines they will likely face even longer waits since cuts in Federal Aviation Administration staff will result in reduced air traffic control and longer delays.

* D.C. Adultery
Pete Domenici, who served 30 years as the Democrat Senator from New Mexico and is now 80 years old, has admitted to fathering a child by the daughter of his Senate colleague Pete Laxalt over 34 years ago. Domenici would have been in his mid-forties when he fathered the child. Michelle Laxalt, 22 years than Domenici, is now one of Washington's most influential lobbyists.