Big Government Is Like a Really, Really Bad Boyfriend 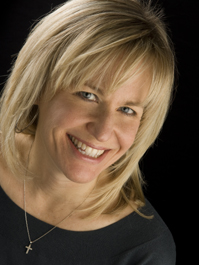 Writer, abstinence educator and Christian activist, Mary Beth Bonacci had an absolutely terrific column published at her Real Love Inc. website right after the election but I'm afraid I only recently discovered it. I'm certainly glad I found it though; it is definitely one of the most insightful, illuminating, and funny pieces I've read. Here's a bit...

...How did Obama crack the “single ladies” code?  How did he manage to become electoral catnip to literally millions of unmarried female voters?

We knew that the President was targeting single women in his campaign.  We saw it in the ominous-looking ads with the scary music warning us that the devious Mitt Romney would outlaw abortion and de-fund Planned Parenthood.  We saw it in the “war on women” narrative, the rise of Sandra Fluke and the “Sluts Vote” buttons at the Democratic National Convention.  And we saw it most clearly in the truly degrading Lena Dunham commercial equating voting for Barack Obama with losing one’s virginity.

I saw all of this and thought “This won’t work.  It can’t work.  I’m a single woman.  I know single women.  We’re smarter than this.”

Sadly, it appears that perhaps I wasn’t entirely correct.

It’s difficult to speculate on why millions of women chose to vote as they did.  But it would appear that some women did indeed believe that they need to “vote as if their lady parts depended on it”.  The promise of Obamacare’s free contraception and abortion, combined with non-specific threats about Mitt Romney “taking us back to the 1950’s” apparently scared quite a few of my sister single citizens.

I’ve seen fairly widespread speculation of a related, but deeper, reason for Obama’s big win among single women -- that not having spouses, we unmarried females are more likely than married women to view government as some sort of “surrogate husbands” to provide for our needs.  As a young, single attorney from Texas told exit pollsters, “I trust the government to take care of us.  I don’t trust the Republican Party to take care of people.”  That temptation becomes even greater for single mothers, who often feel even more financially vulnerable, and more likely to rely on government assistance.

But here’s the thing.  As insecure as we single women may feel at times, I’m not willing to trade my freedom for security.  And that’s what I see happening here.

Many, many women trade freedom for security.  They marry wealthy men they don’t love.  They hook up with abusive men who temporarily prop up their sagging egos. They stick with bad boyfriends because they figure life with him is better than life alone.

I think Big Government -- under any administration -- is like a really, really bad boyfriend.

Sure, he’ll flatter you at first.  He’ll tell you how smart and beautiful you are.  He’ll buy you drinks, or contraceptives.  (Or, in the case of Big Government, he’ll make other people buy you contraceptives.)  He’ll encourage you to go out and live your dreams.  But then he’ll change.  He’ll start making decisions for you, start to dictate what is best for you.  How you life your faith, how you run your business, how you raise your kids -- before you know it, he’ll be trying to control every aspect of your life, and you’ll be seeking asylum somewhere safe…

(The entirety of Mary Beth's superb essay is right here. Don't miss it.)
Posted by DH at 12:00 PM