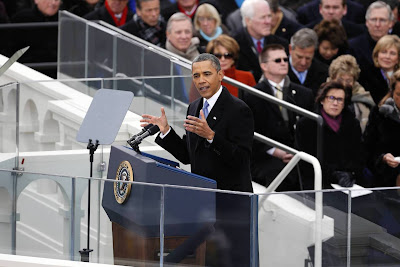 According to the Bureau of Labor Statistics, in Barack Obama's first term as President, the number of Americans age 16 or older who decided not to work or even to seek a job increased by 8,332,000, making the total an astounding 88,839,000. Thanks, Mr. President.

Indeed, after Obama's 4 years in the White House, the U.S. economy is in an utter state of collapse. So too is the nation's security, military capabilities, reputation in the world, traditions of individual freedom, justice system, and our moral strength.