Significant Court Decision: "No, Justice Department. You Can't Just Take Whatever You Want." 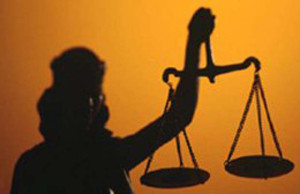 This brief video clip sets the stage. Then, below the clip, are 1) excerpts from the story of the impressive victory that the Caswells and the Institute for Justice were able to win; 2) excerpts from a related story in the Christian Science Monitor.

In a major triumph for property rights, a federal court in Massachusetts dismissed a civil forfeiture action against the Motel Caswell, a family-run motel in Tewksbury, handing a complete victory to owners Russell and Patricia Caswell.  In one of the most contentious civil forfeiture fights in the nation, Magistrate Judge Judith G. Dein of the U.S. District Court for the District of Massachusetts concluded, based on a week-long bench trial in November 2012, that the motel was not subject to forfeiture under federal law and that its owners were wholly innocent of any wrongdoing…

“This outrageous forfeiture action should never have been filed in the first place,” said Larry Salzman, an IJ attorney.  “What the government did amounted to little more than a grab for what they saw as quick cash under the guise of civil forfeiture.”

Caswell said, “I couldn’t have fought this fight without the help of the Institute for Justice.  It is hard to believe anything like this goes on in our country, but the government goes after people they think can’t afford to fight.  But with IJ’s help, we put up a heck of a fight and have won.  The public needs to stand up against these abuses of power.”

The Problem of civil forfeiture is widespread.  In 1986, the year after the U.S. Department of Justice’s Asset Forfeiture Fund was created—the fund that holds the forfeiture proceeds from properties forfeited under federal law and available to be paid out to law enforcement agencies—it took in just $93.7 million.  Today, it holds more than $1.6 billion…

“Civil forfeiture is a draconian power that is too easily abused,” said Darpana Sheth, an IJ attorney.  “This case epitomizes what an aggressive U.S. attorney wielding these laws can do to a small property owner like Russ Caswell.”

IJ President and General Counsel Chip Mellor said:  “The Institute for Justice has documented time and again that civil forfeiture invites a lack of accountability, a lack of due process and a lack of restraints on government authority.  Civil forfeiture needs to end."

A judge this week struck down a US government scheme to seize a Tewksbury, Mass., motel because it had become a haven for drug dealers, bolstering concerns about whether US prosecutors in some cases have too much power.

The decision in the long-running forfeiture case comes as the US attorney in Boston, Carmen Ortiz, is already under fire for her role in the death of Internet hacker Aaron Swartz, who killed himself on Jan. 11 as he faced a potentially long prison term for what many in the technology field have noted was nothing more than a breach of a contract involving Internet documents.

The two cases are feeding a simmering groundswell among constitutional law professors and others about the inherent discretionary powers of federal prosecutors, especially in an era of books like attorney Harvey Silverglate's "Three Felonies a Day: How the feds target the innocent."

"[M]ost of the time, prosecutors can be expected to exercise their discretion soundly," writes University of Tennessee constitutional law professor Glenn Reynolds, in a Jan. 20 paper called "Ham Sandwich Nation: Due process when everything is a crime."

“Unfortunately, these limitations on prosecutorial power are likely to be least effective where prosecutors act badly because of politics or prejudice,” professor Reynolds writes…

In fact, one member of Congress, Rep. Zoe Lofgren (D) of California, has filed legislation that she calls "Aaron's Law," which would limit prosecutorial power to level felony charges in computer fraud and abuse cases that amount to contract breaches.

Rep. Darrell Issa, (R) of California, chair of the House Oversight Committee, has also vowed an investigation into the Swartz case.

“I’ll make a risky statement here: Over-prosecution is a tool often used to get people to plead guilty rather than risk sentencing,” Mr. Issa told the Huffington Post on Dec. 16. “It is a tool of question. If someone is genuinely guilty of something and you bring them up on charges, that’s fine. But throw the book at them and find all kinds of charges and cobble them together so that they’ll plea to a 'lesser included' is a technique that I think can sometimes be inappropriately used.”