Even at UNMC, They're "Seeing" the Light on Adult Stem Cells 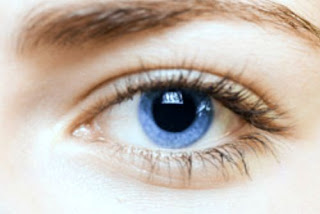 Researchers at the University of Nebraska Medical Center on Tuesday announced a significant step in adult stem cell research that could take science closer to cures for glaucoma and age-related macular degeneration.

A team led by Iqbal Ahmad, professor of ophthalmology and visual sciences, used adult stem cells from the cornea, the clear window at the front of the eye, and reprogrammed them to act like cells in a developing baby’s retina.

The retina, located at the back of the eye, transforms light into neural signals that can be interpreted by the brain, an essential part of vision.

Ahmad said the team’s work built off that of Drs. John B. Gurdon and Shinya Yamanaka, who won this year’s Nobel Prize in science after they genetically altered adult stem cells to mimic embryonic stem cells.

Before the pair's discovery, scientists believed embryonic cells, which have far greater potential to develop into different types of cells, could come only from embryos…

[My note -- Let's be a bit more honest here. Actually, it has only been some scientists who have believed there was "far greater potential" with embryonic stem cells. And that's because all of the research thus far has pointed to adult stem cells being the most successful course. Indeed, millions of people have already been helped by treatments using adult stem cells. Embryonic stem cell research, on the other hand, has been but a dead end.]

In a coming experiments, he said, researchers will try to discover whether the new cells truly integrate in ways that could restore sight.

The group’s approach might be adapted to resolve other problems that cause blindness, he said, such as age-related macular degeneration.

In that case, the adult stem cells could be reprogrammed by a different chemical environment to resemble the eye’s photoreceptors, cells that react to light. Those cells are very similar in makeup to retinal ganglion cells.

“We’ve shown that changing the environment around these adult stem cells can change the cells themselves,” Ahmad said. “We now seek more efficient ways to create these transformative environments to cultivate these powerful cells that may offer hope to so many.”

Science is incremental, Ahmad said, and many more steps remain before those developments can be used to create medical treatments.

The group’s work has shown enough promise to secure a $1.48 million, four-year grant from the National Institutes of Health.
Posted by DH at 12:09 PM