Did You See These? 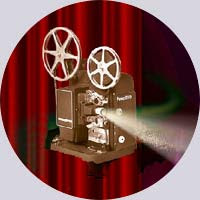 Up to 60,000 patients die on the Liverpool Care Pathway each year without giving their consent, shocking figures revealed yesterday. A third of families are also kept in the dark when doctors withdraw lifesaving treatment from loved ones. Despite the revelations, Jeremy Hunt last night claimed the pathway was a "fantastic step forward". (Read more of the Daily Mail report right here.)

In an attempt to seize total control over national security and bypass congress, a frightening new step by the Obama Administration is coming into play. As noted in Friday’s Wall Street Journal in an op-ed by John Bolton and John Woo, a State Department advisory group that is run by former Secretary of Defense William Perry is advising that the U.S. and Russia both reduce nuclear weapons without a treaty, as a treaty would require ratification by Congress. This would allow Obama and his executive branch to unilaterally cut our nuclear weaponry and ignore the treaty clause of the Constitution…(Read more of William Bigelow's article, "Obama Seizing Sole Authority for US Defense," here at Breitbart.)

Wind farms have just half the useful lifespan which has been claimed, according to new research which found they start to wear out after just 12 years. A study of almost 3,000 turbines in Britain – the largest of its kind – sheds doubt on manufacturers claims that they generate clean energy for up to 25 years, which is used by the Government to calculate subsidies.

Professor Gordon Hughes, an economist at Edinburgh University and former energy advisor to the World Bank, predicts in the coming decade far more investment will be needed to replace older and ineffective turbines – which is likely to be passed on in higher household electricity bills…(Read more of Tamara Cohen's news story at the Daily Mail.)

In their ongoing effort to emulate Pravda, the media are doing their best to prop up Obama administration propaganda. Just as they exaggerated anything resembling good news about the economy during the run-up to the recent election, they are now echoing the administration’s talking points on Obamacare and the HHS mandate. The party line on the “Affordable Care Act” is that it has survived all significant legal challenges and full implementation is inevitable. Stories that don’t fit that line don’t get past the editor.

Thus, we get thousands of stories about the Sotomayor opinion with headlines that suggest it constitutes the demise of all serious challenges to the HHS mandate. Meanwhile, we see and hear almost nothing about 80 percent of the rulings handed down by federal courts during the same month on the same issue. But the lawsuits continue to plod forward. Moreover, the HHS mandate is by no means the only provision of Obamacare still being litigated. And the utterly corrupt MSM does not get the final word on any of these lawsuits. Thank God. (Read the entirety of David Catron's "MSM Gives Us the Mushroom Treatment on HHS Mandate" at The American Spectator.)

"'I don't think this was a spontaneous group of kids who did this,' he said during a tour of the site Friday. 'We're really talking about the bad behavior of union bullies.' He estimated that the cost of the damage could run over $500,000." (Here's the Philadelphia Inquirer story.)

* Obama Hates the Rich...But Not the Rich Unions

"While politicians have kept the focus on the fiscal cliff and displaced anger toward law-abiding citizens who own guns, the National Labor Relations Board (NLRB) was able to quietly overturn longstanding precedents to give unions some Christmas gifts that will ultimately hand them a windfall." (Read more of Dr. Susan Berry's "Obama's NLRB Plays Santa to Unions" at Breitbart.)

The city streets are teeming with thousands of mentally ill homeless people capable of psychotic acts of random violence if left untreated, experts warned yesterday. As many as 11,000 of the city’s 33,000 homeless adults have some form of mental illness, said D.J. Jaffe, executive director of the Mental Illness Policy Organization. Of that number, about 3,300 are potentially violent, Jaffe said.

“When untreated, they’re capable of horrific acts,” said Jaffe. “The danger is that they’re so sick that they don’t know they’re sick, and their brain is incapable of regulating their own behavior.”

He urged New Yorkers to be especially wary of people screaming at voices only they can hear, wearing tons of clothes in the summer or eating out of trash cans. “But if you’re walking down the street, you know who’s mentally ill — it doesn’t take a nuclear scientist.”

Jaffe said steps must be taken to strengthen Kendra’s Law — a loophole-ridden 1999 measure intended to allow courts to forcibly treat the dangerously unhinged…(Read the rest of Gary Buiso's New York Post article right here.)
Posted by DH at 9:26 AM