Aborted Babies Are Surviving. The Proposed Solution -- Lethal Injections Before the Procedure. 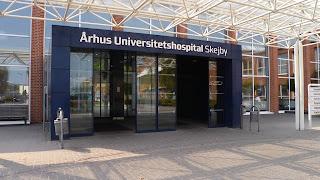 And you want to seriously claim a culture of death hasn't enveloped us?

But statistics from Denmark’s second largest maternity clinic at the Aarhus University Hospital Skejby show that out of 70 late terminations between August 2011 and November 2012, 11 – or 16 per cent – showed signs of life. Translated into national figures from 2010, during which 877 foetuses were terminate after the 12th week, the statistical figure for life signs in aborted foetuses would be 140.

That means the possibility of suffering. And here’s the proposed remedy:

The Danish Infant Death Association says parents should be given the possibility of choosing a potassium chloride injection to stop the foetal heart before a termination in order to ensure that the foetus is stillborn. The method is in use in the United States and elsewhere.

Wesley J. Smith writes, "I didn’t know that. Note the use of the term 'stillborn,' which implies a natural death when this is anything but. Ugly. Ugly. Ugly."

And for those Americans who might insist that such horrors couldn't happen here -- please remember this. When in the Illinois Senate, Barack Obama repeatedly voted against protecting newborn babies who survived abortion. And the first four years of Obama's tenure have showed us his zeal for abortion has not abated one bit.

Look out, America. If President Obama and Planned Parenthood are not stopped, such outrageous cruelties could start happening here...even more than they already are.
Posted by DH at 8:34 AM