When Business As Usual (Police Business, That Is) Isn't Enough 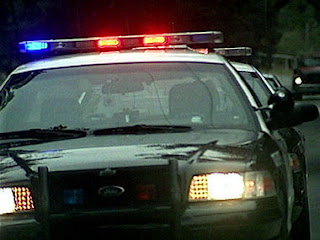 George, an elderly Southern gentleman was getting ready for bed one night when he heard noises out in his back yard. George opened the back door and saw a couple of hoodlums stealing things out of his workshop shed.

He slipped back inside and dialed 911. The operator came on the line and he quickly told her what was happening. She asked, "Is someone actually in your house?"

"No," he replied,"but there's at least two crooks back there and they're cleaning out my stuff! I can't afford to let people steal my tools and equipment like this."

The 911 operator responded calmly, "I understand, sir. But all of our police patrols are busy at the moment. We can't get anyone on the scene right now. Please just lock your doors and and, when a police officer is available, he or she will be out to take a report on what was stolen." And with that the 911 operator hung up.

George was more than a little disgruntled but he quickly formed an idea. He waited for about 40 seconds and he then dialed 911 again. The voice on the other line was the same woman.

George spoke slowly. "Hello again. It was me that called you a few seconds ago about the crooks who were robbing stuff from my back yard shed."

"Yes sir," the operator replied, "I told you already that all our patrols are busy right now but we will send someone out as soon as..."

George interrupted her. "I know what you said. That's why I'm calling back. You see, there's no need to bother the police now. I went ahead and took a shotgun to the two crooks. They're both in pretty bad shape and I don't suppose they'll ever steal anything from anybody anymore because my Dobermans are out there now chewin' up what's left of 'em. But thanks anyhow." And George then hung up.

It took about four minutes before six police cars, the SWAT Team truck, a police helicopter, a fire truck, and two ambulances with paramedics were in front of George's house. Two news vans from the local TV stations also showed up but, by the time they arrived, two robbers had been caught in the act and a third chased down after he had unsuccessfully tried to jump a fence.

Once things were sorted out and the police captain realized that no one had, in fact, been shot -- George owned neither a shotgun or a dog -- he was livid. He screamed at George, "Mister, you lied to us. You didn't shoot anyone. And just look at the unnecessary commotion you've caused here."

George smiled and said, "Well, the police lied to me first. You said there was nobody available and that police could make it here only after my stuff was stolen. Captain, what you call unnecessary commotion, I call stopping a crime in progress and protecting the lives and properties of the citizenry. But, if you'd rather I buy a shotgun and start raising wild dogs..."

(The original story was passed along to me by Action International missionary Doug Nichols but I'm afraid I edited it quite a bit to make a wider point. Thanks, Doug.)
Posted by DH at 10:51 AM