The Internet -- The Best Alternative to State-Controlled Media 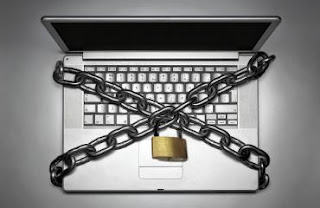 Ninety years after the inauguration of radio in Cuba, Internet, the information superhighway network that is radically transforming conceptions of life, communications, information, space and time, is unavailable to the vast majority of Cubans. As are the thousands of radio stations that broadcast over the Internet, which we cannot listen to in this way because it is necessary to have a computer that supports audio formats and an affordable internet line.

These developments are occurring in Cuba just as the extent of the information highways around the world set the tone in a way, that prevents modern man living outside the new technique, which constitutes a mockery of the Declaration of Principles and Plan of Action adopted at the Summit of the Information Society, held in 2003 in the Swiss city of Geneva and signed by the delegation representing the government of the Island there.

Cuba is the country in the Western Hemisphere with least connectivity to the web. Several studies have shown that the rate of network connectivity is even lower than for countries like Haiti. The number who access the Internet only reaches 1.6 million, a figure that does not exceed 14% of the Cuban population, not to mention that many of them are limited to an account that only allows state-controlled local intranet browsing.

In late 2007 it was reported that Cuba would connect with Venezuela through a fiber optic cable that would multiply by thousands of times the connection capacity. However, nothing has been published in the media about the facility, which was finished about a year ago, demonstrating the willingness of the State to maintain a monopoly on information and making Cubans long for the days when radio began in Cuba.

The above paragraphs are taken from a Dimas Castellano article in Diario de Cuba (via Translating Cuba) and they describe yet another example of how the totalitarian government of Cuba hates and fears the circulation of any information and ideas not under their direct control. The same attitude is present, of course, in Russia, China, North Korea, Vietnam, and in the various Islamic regimes. The case can also be made that the United States under the Obama administration is trying to move in the same direction.

Radio still has an important role in broadcasting freedom, moral reason, and religious truth to many parts of the world. But increasingly, it is the internet that provides the best alternative both to state-controlled media and to the fellow-traveler media which operates in Europe and the U.S. Conservatives (and certainly, Christians) need to work hard to protect, promote and effectively utilize the internet.
Posted by DH at 8:47 AM