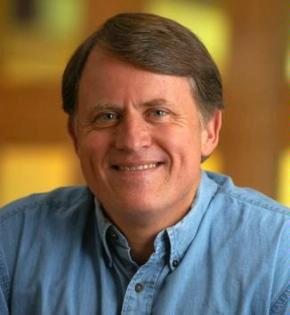 Popular author, preacher, family man, and pro-life activist Randy Alcorn is really one of the good guys. The founder and Director of Eternal Perspective Ministries, Randy has been an eloquent and influential Christian leader for many years and, over the course of most of those years, we have known him personally and can vouch for his integrity, moral courage, wisdom, and inspiring work ethic. Several of his books, Heaven, Pro-Life Answers to Pro-Choice Arguments, Does the Birth Control Pill Cause Abortions, and Safely Home are in my list of absolutely indispensable reading and we find Randy's blog to be an ongoing source of rich enlightenment.

Well, from that blog come a few essays of particular relevance right now to Christians who are trying to determine who to vote for in the coming elections. They are provocative (in this best ways) and I urge you to not only read through them yourself but pass them along to others.

* Election 2012 Part 3: Which Candidate Has More Christian Beliefs? (And Should I Vote for a Mormon?)  If you're particularly interested in this question, you might also want to read my own brief column, "Why Would a Christian Vote for a Mormon President?"

* Election 2012 Part 4: Do the Candidates Have Different Positions on Abortion and Does it Matter?

*  Election 2012 Part 5: Is it Wrong to Vote for the Lesser of Evils? Shouldn’t We Instead Vote for a Third Party Candidate?