A President with No Horse Sense 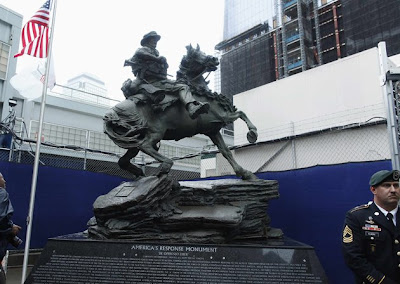 Last night, President Obama petulantly tried to explain to Mitt Romney why the Navy should have less ships: 'You mention the Navy, for example, that we have fewer ships than we had in 1916. Well, governor, we still have fewer horses and bayonets because the nature of our military has changed.' The president forgot that certain aspects of our military haven’t changed, such as the need to impose American power wherever and whenever necessary, and sometimes that requires even horses.

At the start of the Afghan conflict, U.S. special forces rode alongside their Northern Alliance allies to overthrow the Taliban. Their efforts on horseback were so instrumental that earlier this week in New York City, a new statue was dedicated at the 9/11 Memorial to the horse soldiers of Afghanistan…

Here's more of "Horses Actually Are Still Important" by Nathaniel Botwinick over at NRO.

And, as the little poster below shows, President Obama's snarky "horses and bayonets" remark didn't quite fit the fact-check in another way. 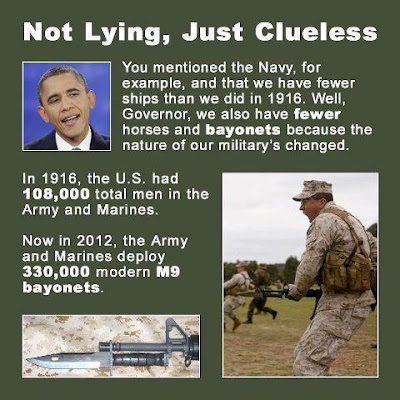