What Was the "Obama Phone Lady" Talking About? 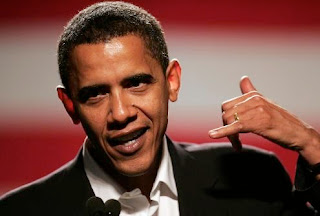 You may have already viewed yesterday's video clip of the "Obama phone lady," the shouting lady who was part of a raucous anti-Romney rally in Cleveland. (If not, take a deep breath and do so right here.)

You'll be interested to know that this rally was organized by the Service Employees International Union (SEIU) which represents health care workers, property service workers and, of course, government employees.

But yesterday's rally included a bunch of other folks too; that is, people hired by the union from off street corners and from door-to-door canvassing who were paid $11 an hour to hold signs, march and chant. Whether the "Obama phone lady" was from this group or maybe from the local DMV office, I don't know.

But this much seems clear -- union dues paid by government employees (whose salaries are paid by you) were used for the most partisan (and unseemly) of political purposes.

Your tax dollars at work.

And, speaking of tax dollars (like about $1.25 billion of them), please check out the short video clip I'm posting below. It's made by Republican Congressman Tim Griffin from Arkansas and it explains just what the "Obama phone lady" was yelling about; namely, a hugely wasteful federal government giveaway that you're paying for from the Universal Service Fee that's part of your monthly phone bill.