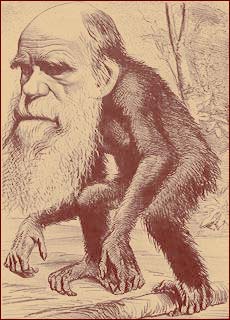 At Why Evolution Is True, Jerry Coyne is troubled by the increasingly unmanageable problem of high-level academic defectors from evolutionary theory…

The standard talking point among Darwin advocates had been that there exists no genuine scientific opposition to Darwinian theory, whether among molecular biologists or anyone else who isn't a "creationist" or otherwise under the spell of Iron Age religious beliefs. How easily and comfortably that idea used to tumble from the mouths of Darwin defenders and lobbyists.

But the party line has grown so obviously unsupportable that even Coyne is driven to take refuge in the rationalization that it's only (or "virtually" so) some molecular biologists who are somehow misled. Misled by what? By their own superior knowledge of the inner workings of life at its most basic levels, it seems. They fail to understand because, well, they understand too much!

That's a fallback position that, I think it's evident, isn't going to last long either.