Excuse Me, That Romney "Gaffe" Told the Simple Truth 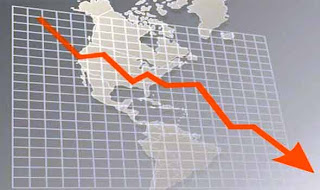 In the video, Romney refers to “47 percent” of Americans and says that they are “dependent upon government” and “pay no income tax.” While these groups are not necessarily one in the same, there is overlap between the two, and the percentages on government dependency and non-tax-paying are very similar.

It is true that nearly half of all tax filers—those who are filing an income form with the IRS—pay no federal income tax. It’s also true that millions of Americans receive direct government support in a host of ways, including income, food, housing, medical care, school lunches, and more....

The outlook is grim: Government dependency is jumping for the fourth year in a row, and the Index has risen more than 31 percent in that time.

This is bad news for three reasons. First, the economy is so weak that people are going to the government for help. This is a stark repudiation of President Obama’s big-spending, “spread the wealth around” approach, because “giving everyone a shot” does not work unless the “shot” comes at the expense of the taxpayers.

But third, and most importantly, it’s bad for Americans. The American Dream is about life, liberty, and the pursuit of happiness, through independence—not dependence on government. Government dependency erodes human dignity and civil society.

These programs were originally designed to help those who fall on hard times and need a safety net. Public policy should head back in that direction. The welfare reform of 1996 helped lift recipients out of poverty and back into jobs by requiring, among other things, that they work. President Obama has undone that requirement. And there are dozens more anti-poverty programs that should be revamped to help those who are able toward self-sufficiency.

At the same time, we must address the looming entitlements crisis: 78 million baby boomers are heading into retirement, and many of them will be entirely dependent on Social Security and Medicare for their income and health care. This dependency is a huge driver of future budget deficits.

We cannot continue on a course of unlimited government spending when fewer and fewer taxpayers are paying for that spending. That is the financial fact. But we also cannot sustain the American Dream on this course—and that is a fact that is intensely personal for every American.

(From Amy Payne, "Government Dependency Rises As Number of Taxpayers Declines," The Foundry sponsored by the Heritage Foundation."
Posted by DH at 11:27 AM