Phyllis Schlafly: "Republican Party Platform May Be Best Ever" 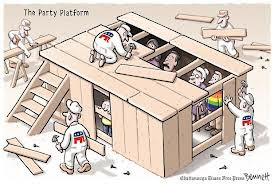 Christian activist Phyllis Schlafly says that the Republican party platform is superb on each one.

The Republican Party platform may be the best one ever adopted. The party has long since learned that fiscal, social and sovereignty issues cannot be ignored or separated, but must be addressed as all part of a national campaign.

The media may have forgotten (or chosen to forget) that Ronald Reagan’s big victories, including his 49-state victory in 1984, were based on a three-legged stool of dealing directly with all three clusters of issues…

Read the rest of her enlightening (and encouraging) column right here in the Washington Times.
Posted by DH at 8:57 AM