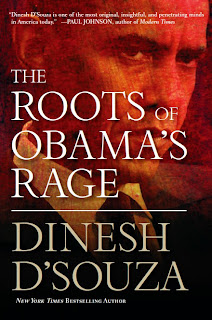 An anti-Obama documentary based on conservative author Dinesh D’Souza’s book The Roots of Obama’s Rage will expand nationwide this weekend after doing notable business in select markets across the country -- including in liberally minded New York City.

Overall, 2016: Obama's America grossed an impressive $1.2 million last weekend as it upped its theater count from 61 to 169 for a total gross of $2 million, the second-best showing of the year for a documentary after Bully ($3.2 million). That doesn't include nature documentaries Chimpanzee ($29 million) and To the Arctic ($7.6 million).

It's already the No. 12 political documentary of all time -- a market that Michael Moore has cornered -- as well as the No. 2 conservative documentary after Expelled: No Intelligence Allowed ($7.7 million).

On Friday, 2016: Obama's America, co-directed by D'Souza and John Sullivan, will be playing in 1,075 theaters in an aggressive expansion that comes on the eve of the Republican National Convention in Tampa, Fla., which gets underway Aug. 27…