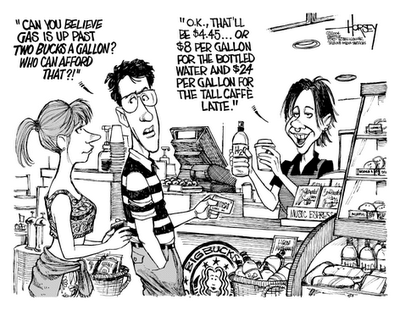 In January of 2012 Starbucks came out in support of same-sex marriage, saying that it was "core to who we are and what we value as a company."

So for those of you who subscribe to the biblical definition of marriage as a committed union between one man and one woman, I certainly hope, that if you must buy overpriced, trendy coffee drinks, you will do so at another shop.

And I'm also hopeful that you will join me and 45,000 others (and counting) who have let Starbucks know about your decision by signing the petition at DumpStarbucks.com.

More information can be found by going to this previous post, which also includes links to other Vital Signs posts on the subject going as far back as 2005.
Posted by DH at 9:34 AM