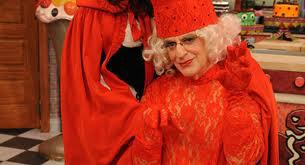 Before his speech yesterday in Cincinnati, President Obama had a meeting with that master of sophomoric sleaze, Jerry Springer, an enthusiastic supporter of Obama's reelection campaign.

Abortion zealotry. Disdain for the Constitution and the American people. Princely arrogance. Fast & Furious. Dismantling our national defense. ObamaCare. An economy in the tank.