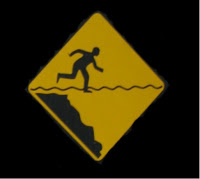 The latest American business to go out of its way to disparage marriage, sexual sanity and religious values?

Yes, Office Depot has joined hands with one of the most polarizing cultural figures of recent times, a singer whose own morality and outrageously poor taste has become infamous -- Lady Gaga.

Office Depot's specific drive is to sell products connected to Lady Gaga's Born This Way Foundation, an organization that extols the "bravery" of letting people celebrate their personal, philosophic and sexual individuality.

Nancy French over at NRO drew our attention to this new partnership and that prompted Claire to check out the website. After doing so, she decided to write the following note to Office Depot, a business we had utilized quite a bit over the years, and announce that we would no longer be shopping there.

I was very disappointed to see that your company has partnered with Lady Gaga and her foundation, Born This Way.  Why? First of all, Lady Gaga is a remarkably poor role model for America's youth. Even a cursory check of her lifestyle, fashion choices and song lyrics demonstrate an outrageous coarseness and tastelessness. Why would Office Depot choose to partner with such a polarizing figure, a person who has regularly gone out of her way to offend the moral sensitivities of most Americans? What dolt in the Office Depot advertizing department okayed that idea?

Secondly, I went to the “Stories of Bravery” on the foundation website, and discovered (no surprise) that most of the testimonies there involved a defense of homosexual practice. Where are the stories of young soldiers going into harm's way? Or the stories of young students resisting peer pressure in order to do well in school academics or sports? What about the young man or woman who holds a job while also working hard in their studies?  What about the young person who chooses not to have sex until they are married or the young mother who stood against the pressures of obtaining an abortion when she deiscovered she was pregnant? What about the young person who takes his/her summer vacation to help others?

No, these kind of stories aren’t included in the foundation website. Instead, they are nearly all about gay identity and gay social practice. The agenda of the foundation couldn't be clearer. Born This Way (and apparently Office Depot) interpret bravery in a very limited, very directive way.

Because Office Depot has made such an elaborate campaign to help promote and fund Lady Gaga's career and the Born This Way foundation, I will be taking my business (which has been substantial over the years) elsewhere.

By the way, in looking for a photo to accompany this post, I saw just how over-the-top Lady Gaga is in her desires to shock and offend. From the pictures that came up in the internet search, I think I can safely say that Lady Gaga is definitely trying to make Madonna look like a prude.

So why on earth would Office Depot go with Gaga? It was a very irresponsible and offensive decision.
Posted by DH at 10:04 AM