News, Views and Reports from the Culture Wars 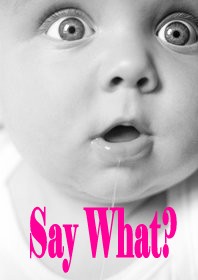 Did you miss these items?

* "If you live in a battleground state, you undoubtedly have noticed that President Obama is running negative ads against Mitt Romney that outnumber Romney’s ads by three to one, five to one, or eight to one. At the same time, we read that in recent months, Romney has significantly out-raised Obama. So what is going on?" -- The answer to that important question is explained by John Hinderaker (and Byron York) in this illuminating PowerLine post.

* "For the past year, Union members in Connecticut have been putting the lives of Alzheimer’s patients at risk by sabotaging nursing homes over a contract dispute. A little over 17 months ago the Service Employees International Union (SEIU) decided to reject the employment contract being offered by HealthBridge Management, a company that operates a chain of nursing homes. Instead of continuing the negotiations or accepting a contract, the SEIU decided to go on strike. But just walking off the job leaving these poor patients at risk isn’t all they did. These unionistas also sabotaged nursing home facilities." (Read more of "Union Sabotage Puts Nursing Home Residents in Danger" by Warner Todd Huston right here at Liberty News.)

* "At least five of the president’s “bundlers” — in lay terms, people who form groups with their acquaintances and pool funds in order to donate significant sums to campaigns — run firms that keep some of their money in tax havens such as Luxembourg, the Cayman Islands, and Bermuda. This is exactly the same behavior for which the president’s ad condemns Romney." (Read more of Betsy Woodruff's story, "Obama's Offshore Team" at NRO.)

* "A huge national food manufacturing company in the U.S. does more than just deliver great-tasting prepackaged meals - it delivers them with a pro-life flair. JTM Food Group, which boasted $100 million in sales just last year, delivers their meals to schools, restaurants, the military, and government organizations using 20 semitrailers, each displaying a prodigious image of a beautiful smiling baby on the rear panel with the words 'Life, what a beautiful choice.' The bottom reads: 'JTM: A Right to Life Company.'" (From a LifeSiteNews story by Peter Baklinski. Here's more.)

* Did you know that the Chevy Volt, Barack Obama's signature vehicle, is a grand (and very and expensive) bust? Read this article bySeton Motlery over at NewsBusters and learn how the media is covering for the President's outrageous failure.

* "The Obama campaign may be attacking Republican rival Mitt Romney for investing abroad, but it is not shy about raising campaign cash overseas. Last week, the campaign held a fundraiser for American expatriates in Shanghai, raking in large sums from those benefiting from the sort of personal and professional investment overseas that President Barack Obama has cast as unpatriotic in a recent attack ad against Romney...

The overseas contributions are legal, as long as they are made by American citizens. But the Obama campaign had to return a number of overseas contributions from non-citizens in the 2008 cycle, and it has been accused once again of being too lax in preventing such contributions in 2012. Regardless, the hypocrisy of attacking Romney for investment abroad, then raising money from those working and investing abroad, is glaring." (Joel B. Pollack, "Outsourced: Obama Campaign Raises Money in China--Again" published at Breitbart.)

* "Unlike Google, which provides a service via technology that other companies can't match (think: Search or Gmail) Facebook doesn't provide special technology you can't get anywhere else. In fact, at times, its tech pales in comparison to newer innovations. What Facebook has that others don't is popularity. When the people start leaving, or start getting mad enough that they think about leaving a once multi-million (or billion, in Facebook's case) dollar company doesn't have value for users, who come there to connect with friends, or for advertisers, who at this point come to Facebook for its large user base." (From "Uh Oh, Facebook Is Losing Its Popularity" written by Rebecca Greenfield and printed in the Atlantic Wire.)
Posted by DH at 10:37 AM