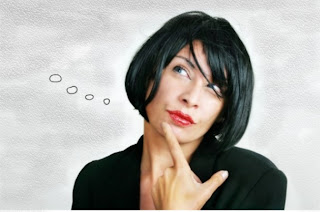 Caitlin Moran, whose book is half autobiography, half women’s-lib instruction manual, and was just released in the States, has been described as a “rock-star feminist,” “totally brilliant,” “a feminist heroine for our times,” “outrageous,” “delightful,” and “precisely what feminism has been waiting for.”

So, I read “How to Be a Woman,” and here’s the thing: I consider myself a feminist, and I was definitely not waiting for this book. I was certainly not waiting for excessive information on Moran’s excruciating journey through puberty; intimate details about her gross dog; her annals of awkward sexual exploration; and, most mystifying, her passionate defense of abortion and pornography, irrationally paired with her equally passionate condemnation of strip clubs and Botox.

The problem, I suppose, is that most “real” feminists I know of—Caitlin Moran and Slate writers like Marcotte likely among them—would probably consider me a weapons-grade woman betrayer with a full-time residence on Planet Patriarchy. I am, after all, pro-life. I have been known to vote for Republicans. If you want to be a stay-at-home mom, I think that’s fine. If you want to be the CEO of Yahoo and say you’ll only take three weeks of maternity leave—interestingly, Mayer is getting pilloried for this decision as well—that’s fine too. I believe that casual sex is destructive, not empowering. I often don impractical footwear crafted by male oppressors.

I also generally shy away from celebrations of meaningless vulgarity, which, sadly, seems to be the leading theme in both Moran’s book and in the gigantic, flaming, multi-car pileup that is modern-day feminism. In “How to Be a Woman,” it’s OK to be a “slag” or a “slut,” as long as we’re “simply being honest about who we really are.” In interviews, Moran expresses approval for the recent rash of mortifying “Slut Walks,” in which young women strut down the street in ill-fitting, body-baring “clothing” in order to prove that they are empowered, not sexual objects. Which totally makes sense, if you’re crazy.

Moran has also gained applause for the book’s “fearless” description of her own abortion, which ended a “surprise,” inconvenient pregnancy. (Surprise! You can get pregnant when not using birth control on a trip to Cyprus! Who could have seen that one coming?) Two children past that pesky baby stage were just fine for Moran—“My two girls,” she writes, “are all I want”—but three would cramp the style. Bye-bye, baby.

What makes the account especially horrifying is Moran’s blithe insistence that abortions just aren’t that big of a deal—they are, she writes, merely “an operation to remedy a potentially life-ruining condition”—coupled with her clear awareness that she is ending a human life. At least in the bad old days, abortion defenders used to pretend they didn’t know when life begins, endlessly debating that magic tick of a clock when a fetus with a beating heart suddenly becomes a person. Many of today’s abortion-happy feminists are, to their credit, more honest, but the implications are scary.

When it comes down to it, whether addressing abortion, sex, or any otherwise self-indulgent behavior, the message of “How to be a Woman” is this: “If it feels good, do it.” How on earth is this retread of a failed 1960s mantra, known for its disastrous legacy, “brilliant” and “original” (Publishers Weekly)? How is this “entirely necessary” (Elle magazine)? How can this possibly be “engaging” and “brave” (The Independent)?

It’s quite telling that one of Moran’s “heroes,” the recipient of several glowing pages in “How to Be a Woman,” is the pop singer Lady Gaga. If you listen to Moran, Lady Gaga is a feminine hero for our time, breaking boundaries, creating new social spaces, clearing the way for young people to cast off the shackles of oppression. Of course, if you’re really paying attention, you’ll notice that Lady Gaga is an updated Madonna clone in a meat dress, desperate to shock, mistaking vulgarity for creativity: the musical equivalent of an old, dying system’s last gasp.

No wonder certain feminists are getting so wound up. They have reason to be worried. Something new is out there—conservatism, decorum, chastity, and respect are downright radical these days—but it’s not poor Gaga…

(From Heather Wilhelm's superb article in Real Clear Politics, "When Did Feminism Become So Embarrassing?")
Posted by DH at 6:57 AM