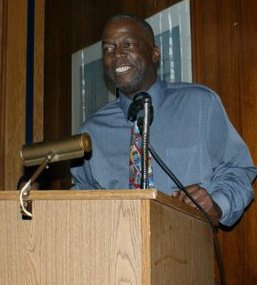 Rick Ector, a NRA-credentialed Firearms Trainer and owner of Rick’s Firearm Academy of Detroit, reports for AmmoLand (a sports shooting blog) on the rather pathetic demonstration created by Jesse Jackson against gun ranges.

In a press conference dutifully given splashy coverage by the Detroit Free Press, Jackson described the protest as a general call for "the ban on assault weapons, stricter controls on illegal weapons and a review of the stand your ground laws." And he wanted to somehow establish a link between Detroit's massive joblessness and...uh...gun ranges.

A silly proposition? Maybe that's why only 3 "anti-gun range protesters" showed up (Jackson not being one of them) as compared to a interracial crowd of about 50 who were there to support the Action Impact Gun Shop, gun ranges as a legitimate business, recreational shooting, and the 2nd Amendment. And that's where Rick Ector comes in... 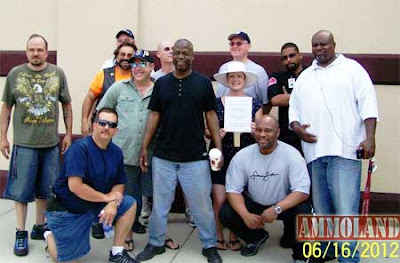 This past Saturday, the anachronistic and increasingly irrelevant Reverend Jesse Jackson called for an anti-violence rally against 25 gun ranges in the United States.

Despite his personal indiscretions, he somehow felt justified to ask dads during Fathers Day Weekend all across our great nation to adopt his mantra of “Guns Out = Jobs In.”

According to the puzzling logic of Jackson, the local communities where the targeted gun shops operate are stifling the creation of jobs, which if you believe Jackson, is the root cause of urban violence. Somehow, Jackson manages to ignore the fact that these gun ranges employ people, including African Americans like myself, who pay taxes. Also, those very same businesses pay income taxes and collect sales taxes on relatively expensive products…

Moreover, Jackson’s so-called rally at the Action Impact gun range did have an unintended effect. He actually brought the so-called divided people - whites and blacks - together to mount a counter-protest. [See photo above right.] Jackson’s designated minion, the Operation Push Detroit Chairman, and two other people doubling as props were given a most proper reception from about 50 freedom and gun loving folks of all hues.

The aforementioned demonstration did garner interest from the local media. However, when the event unfolded, it was quite evident that Jackson’s message was ignored by a community over-run with violent criminals and local law enforcement’s ability to keep crime in check. In fact, as of June 10th there have been 152 homicides in the city Detroit alone per DPD’s web site. Jackson has lost touch with the community he is trying to lead.

No one in the metro-Detroit area is buying the rhetoric Jackson is selling. Criminals do not buy their firearms from gun ranges. Make no mistake about it, gun ranges are making a lot of money these days by selling their products to law-abiding citizens who have to jump through bureaucratic hoops and governmental obstructions to legally buy handguns: Handgun Purchase Permits or issued Michigan Concealed Pistol Licenses, Basic Pistol Safety Questionnaires, and background checks. Maybe Jackson is looking for a way to cash in on this cash cow created by criminals who in many cases are forcing the hands of good people wishing to not be victims.

Of all the media that covered the story, only one outlet (CBS Detroit), had the integrity to even mention that there was a counter-demonstration that also significantly outnumbered Jackson’s three stooges. Furthermore, other mainstream media stations grossly inflated Jackson’s camp at a tally of twelve – a far cry from the actual number of three.

Jackson embarrassed himself and his latest so-called movement this past weekend. All it took to make that happen were concerned citizens who support local gun rights groups, such as “Legally Armed In Detroit”and “Michigan Open Carry, Inc.” No longer are citizens content to let out-of-touch and out-of-town race-baiters divide us from each other and our firearms.
Posted by DH at 10:22 AM