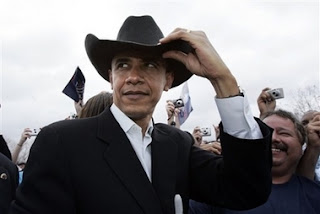 Just when you thought you'd seen the depths of egoism capable of Barack Obama, he manages to astound you all over again. For me, I thought the nadir was Obama's reference to America's military "fighting in his behalf" (and I still think that's a show-stopper), but he does push the envelope again with this one; namely, a rewriting of the presidential histories on the White House website so that they end up praising Obama!

Many of President Obama’s fervent devotees are young enough not to have much memory of the political world before the arrival of The One. Coincidentally, Obama himself feels the same way—and the White House’s official website reflects that.

The Heritage Foundation’s Rory Cooper tweeted that Obama had casually dropped his own name into Ronald Reagan’s official biography on www.whitehouse.gov, claiming credit for taking up the mantle of Reagan’s tax reform advocacy with his “Buffett Rule” gimmick. My first thought was, he must be joking. But he wasn’t—it turns out Obama has added bullet points bragging about his own accomplishments to the biographical sketches of every single U.S. president since Calvin Coolidge (except, for some reason, Gerald Ford).

Seth Mendel has a few examples in this report for Contentions.
Posted by DH at 11:12 AM