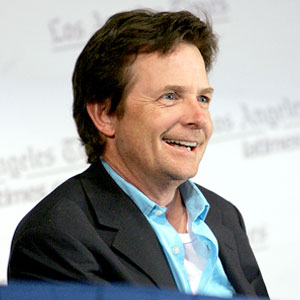 Popular actor Michael J. Fox has been one of the most aggressive, most visible and most influential advocates for embryonic stem cell research. And he still insists that such experimentation, even though it requires human embryos to be killed, go forward.

But even Michael J. Fox cannot miss the fact that the grand promises made by the proponents of ESCR (including himself) just haven't and, quite probably, never will come true.

In this ABC story, Fox desperately tries to cover for ESCR but fails to list a single example of how the research has led to positive outcomes through actual medical treatments. He'd love to do that but they just don't exist. And ultimately, Fox admits it and suggests that hope must come from other avenues.

"There have been some issues with stem cells, some problems along the way,” said Fox. “It’s not so much that [ESCR has] diminished in its prospects for  breakthroughs as much as it’s the other avenues of research have grown and multiplied and become as much or more promising. So, an answer may come from stem cell research but it’s more than likely to come from another area.”

It's sad that Fox doesn't give up altogether on these unproductive, immoral and wickedly expensive pursuits -- wickedly expensive in that they continue to steal resources from adult stem cell research. For it is the work with "adult" stem cells that is not only showing enormous potential but which has already produced medical treatments that have helped thousands of patients.

So I send a thank-you this morning to Michael J. Fox for telling Diane Sawyer (and thus the American people) that embryonic stem cell research isn't coming through on its vaunted promises. But I now urge him to go all the way; namely, to recognize that ESCR is a dead end (in more ways than one) and turn his promotion efforts and the monies gathered by his foundation to further medical treatments developed through adult stem cell research.