Human Rights? The Left Have Given Them Up. 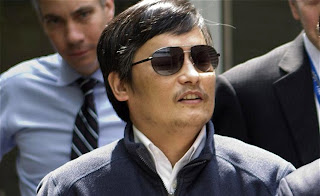 It's a question that keeps coming up: Is it just everyone's imagination or has the human-rights agenda been demoted by Barack Obama?

The unflattering word often associated with Mr. Obama and human rights is "ambivalence." When Iranian students took to the streets in 2009, enduring beatings from security men, the president's muted reaction was noted. So too with the Arab Spring and when Libyans revolted against Moammar Gadhafi. Yes, the administration responded in time but, again, with "ambivalence."

Liberals and Democrats who work on human-rights issues won't like to hear this, but with the Obama presidency, human rights has completed its passage away from the political left, across the center and into its home mainly on the right—among neoconservatives and evangelical Christian activists.

Conservatives didn't capture the issue. The left gave it away...

This is today's must-read. So go on over to the Wall Street Journal and finish Daniel Henninger's "The Great Human-Rights Reversal."
Posted by DH at 12:45 PM