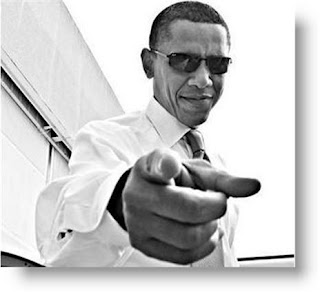 John Hinderaker, like all the rest of us, can't help but laugh at some of the "Barack Eats Dogs" jokes that are going around. But John sees a more serious matter that's in play here, one that isn't so much about media fair play as it is that Team Obama just can't help but stumble its way towards the campaign.

The Obama Eats Dogs theme is silly, of course, but as many others have said, it is silliness with a purpose. The Obama campaign seriously intended to make an issue of the fact that decades ago, Mitt Romney put the family dog on the roof of his car, in some sort of kennel or container, because there was no room inside. The dog was fine, but the Democrats crowed that focus group testing showed that the incident would make voters dislike Romney. I think that claim was sheer fantasy, but in any event, the Democrats won’t be able to talk about Seamus now that everyone knows that Obama used to eat dogs.

Something similar happened with the Democrats’ “war on women,” a more important campaign theme. It blew up like an exploding cigar when Hilary Rosen, acting as the administration’s avant garde, attacked Ann Romney. Also, it turned out that the Obama White House pays women 18% less, on the average, than men. So much for the “war on women,” although the Democrats haven’t given up on that particular dead horse yet.

While in the microcosm these issues may seem silly, they are important in the context of the 2012 campaign. The Democrats can’t defend Obama’s record and want to talk about anything in the world other than the economy and the federal debt. Thus, their campaign will consist of one distraction after another. The Romney campaign’s ability to hit back, turn the faux issue back on Obama, and return the conversation to the economy will be critical. At the moment, Romney’s counterpunching against Obama’s irrelevancies is looking strong…

ONE MORE THING: Muslims don’t eat dogs. Barack Obama lived with a Muslim stepfather in a Muslim area of Indonesia. Dogs were not eaten there; presumably not in Obama’s Muslim household. So Obama’s claim in his autobiography that he ate dog in Indonesia may well be false–an error introduced by Bill Ayers or whoever actually wrote Obama’s autobiography. But it is way too late now for Obama to disavow the autobiography that he allegedly wrote.
Posted by DH at 10:20 AM