The Image of the President Isn't Good 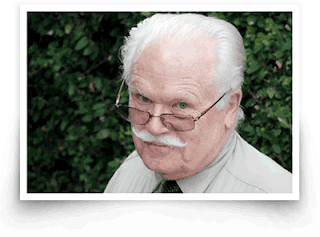 In Jim Geraghty's e-mail update (Geraghty is one of the bright lights at NRO), he quoted from an Andrew Malcolm column that I found terrific. I think you will too. You'll find it here but I'll also post an excerpt to persuade you to go on over.

What the White House issues are photos of a tieless, laughing Obama, feet up on the historic Oval Office desk, chatting on the phone system that he complains is so decrepit.

What the public sees, while it frets over stubborn unemployment and soaring gas prices, is a diffident Democrat who takes a 17-vehicle motorcade of SUVs and limos to be seen looking at clean-energy cars.

A pontificating president who suggests that one worried commuter buy a new car instead of complaining.

A guy who spent 745 million donated dollars to get into the White House complaining to visiting editors about losing his anonymity and being locked in the presidential bubble that provide Easter Egg Roll Obama and one youngster 4-25-11s service, luxury, power and security unimaginable to most.

To be sure, other presidents have played golf. Maybe not during three simultaneous wars with the awful accompanying human tolls.

Not likely working the putter the day after a colossal combined earthquake/tsunami natural disaster hit as close an ally as Japan. Or canceling a trip to the funeral of Poland's president and hitting the links.

It's one thing to urge Americans to vacation on the troubled Gulf coast last summer, while your wife flies off to Spain with a planeload of pals.

It's another to spend much of Earth Day in a 747 jumbo jet flying 2,300 miles cross-country back from a slew of multimillion-dollar West Coast fundraisers...

It's one thing to laugh off the uninformed belief of millions of countrymen that Obama is a Muslim.

It's another to issue meticulous presidential messages and proclamations on what strike many Americans as the most obscure holidays of various religions around the world, then skip official notice of Easter in the predominantly Christian country they elected you to lead...
Posted by DH at 10:50 AM