Education vs the NEA -- Are Teachers Finally Getting It? 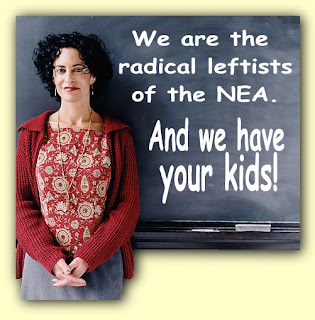 The communications director the Education Action Group has a few ideas why membership in the National Education Association continues to plummet, as the latest analysis shows the lowest level of members in nearly six years.

Total membership for the NEA is now below 3,079,000, which is causing financial struggles for the organization. Steve Gunn of the Education Action Group Foundation (EAG) says one reason may be that many state legislatures have made union membership for teachers optional.

"[Educators are] free to decide whether the dues that they're paying [are worthwhile] or whether they get a worthwhile return on them, and I think a lot of teachers across the country are saying 'no,'" he reports. "They finally got a choice, and they're walking away."

Steve Gunn (EAG)He explains that salaries and benefits are not the only thing union members are unhappy about.

"While their salary and their benefits aren't increasing, they're also seeing that their unions [are] dumping huge amounts of money into liberal political causes that have nothing at all to do with education," Gunn notes.

The EAG communications director adds that teachers, school officials, and parents are waking up to that fact that student education appears not to be a high priority for the NEA and teachers unions. So they are taking back control of their schools…

Thanks to Billy Dickson for alerting me to this story.
Posted by DH at 11:17 AM