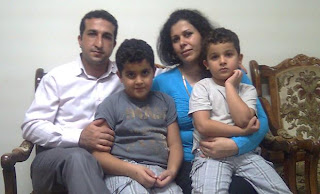 With inside reports suggesting that the execution orders have already been determined, it may be too little and too late that the White House and the U.S. State Department have now released statements calling for Pastor Youcef Nadarkhani’s immediate release from his Iranian persecutors.

Pastor Nadarkhani's crime? He trusted Jesus Christ as his Savior and he will not recant his belief.

Prayers for our persecuted brothers and sisters in the Faith must continue to be fervent, frequent and, whenever possible, connected with public advocacy.
Posted by DH at 11:54 AM