Planned Parenthood and the Girl Scouts: The Latest Flap 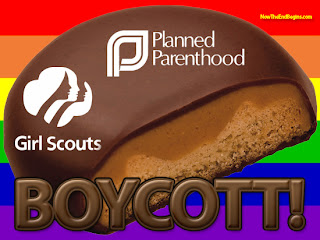 An Indiana state representative decides to opt out of a resolution honoring the Girl Scouts and the media goes bonkers. But Michael Fichter argues that the press has deliberately missed the point. Give a quick read to this very enlightening (and ultimately encouraging) post from Fichter's blog that I print below. (You might also check out Steven Ertelt's LifeNews column about new evidence that makes the Indiana state rep's action even more justified and this catch-all post from Vital Signs Blog about yet other reasons to be wary of the modern Girl Scouts.)

You would think that the world was close to coming to an end when Indiana state representative Bob Morris became the only legislator in the Indiana House to withhold his support for a resolution honoring the Girl Scouts of America. I saw the now-famous Morris letter days before Rachel Maddow, the Huffington Post, and CNN and it struck me as nothing more than a legislator who performed his due diligence in Googling the term Girl Scouts Planned Parenthood. (If you haven’t tried it, I suggest that you do.) What I didn’t expect was the giant sound of hyperventilation resonating from coast-to-coast. First it blew up on Twitter, then it blew up on cable, then it just blew up.

Overnight, Morris became the target of ridicule, misinformation and worse. Most assume it was because he impugned the reputation of the organization known for those famous cookies we’ve all enjoyed at one time or the other. But from a different view, I’m not so sure all of this noise is so much about the Girl Scouts as it is about – once again — Planned Parenthood.

It certainly isn’t about giving Morris a fair shake. In fact, in my limited Twitter stream I kept seeing news reporters making comments like “is this guy kidding”? Maybe the better question is: “why is this guy so concerned”? This lack of asking the right question has led every single report that I’ve read to overtly ignore the fact that former Girl Scouts of America CEO Kathy Cloninger stated on NBC’s Today Show that yes, the Girls Scouts partner with Planned Parenthood. That’s not urban legend, that’s YouTube.

So what does this all mean?

First, there are a boatload of reporters not doing the work required of serious journalists. Welcome to the real world.

Third, and perhaps most importantly to the life community, the outcome of all if this uproar is that Girls Scout councils will be much less inclined to partner, cooperate, or in any other way cozy up to Planned Parenthood after expending so much energy to deny any association. Parents will be watching, pro-life groups will be reporting, and future denials will be baseless if, indeed, we see more evidence surface such as a Girls Scout CEO acknowledging a partnership.

For Planned Parenthood – well, it just seems that the Girl Scouts is one more dance partner that doesn’t want to be seen holding hands in public.
Posted by DH at 11:13 AM