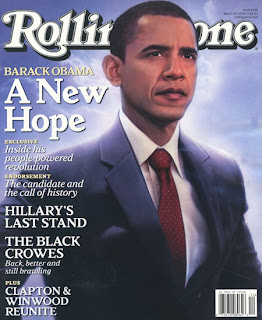 Barack Obama promised that his administration would be the most transparent and responsible in history.

Indeed, we've lost count of the number of things that the White House has kept secret, refused to report, arrogantly shrugged off and hushed up. But, the outrage is not only the Team Obama's constant cover ups, it is how zealous they are to keep anyone from coming clean.

Below is an excerpt from a disturbing story (published, remarkably, in the New York Times) that describes this sorry state of affairs.

Jake Tapper, the White House correspondent for ABC News, pointed out that the administration had lauded brave reporting in distant lands more than once and then asked, “How does that square with the fact that this administration has been so aggressively trying to stop aggressive journalism in the United States by using the Espionage Act to take whistle-blowers to court?”

He then suggested that the administration seemed to believe that “the truth should come out abroad; it shouldn’t come out here.”

In one of the more remarkable examples of the administration’s aggressive approach, Thomas A. Drake, a former employee of the National Security Agency, was prosecuted under the Espionage Act last year and faced a possible 35 years in prison.

His crime? When his agency was about to spend hundreds of millions of dollars on a software program bought from the private sector intended to monitor digital data, he spoke with a reporter at The Baltimore Sun. He suggested an internally developed program that cost significantly less would be more effective and not violate privacy in the way the product from the vendor would. (He turned out to be right, by the way.)

He was charged with 10 felony counts that accused him of lying to investigators and obstructing justice. Last summer, the case against him collapsed, and he pleaded guilty to a single misdemeanor, of misuse of a government computer.

Jesselyn Radack, the director for national security and human rights at the Government Accountability Project, was one of the lawyers who represented him.

“The Obama administration has been quite hypocritical about its promises of openness, transparency and accountability,” she said. “All presidents hate leaks, but pursuing whistle-blowers as spies is heavy-handed and beyond the scope of the law.”…

And it’s worth pointing out that the administration’s emphasis on secrecy comes and goes depending on the news. Reporters were immediately and endlessly briefed on the “secret” operation that successfully found and killed Osama bin Laden. And the drone program in Pakistan and Afghanistan comes to light in a very organized and systematic way every time there is a successful mission.

There is plenty of authorized leaking going on, but this particular boat leaks from the top. Leaks from the decks below, especially ones that might embarrass the administration, have been dealt with very differently.
Posted by DH at 9:39 AM