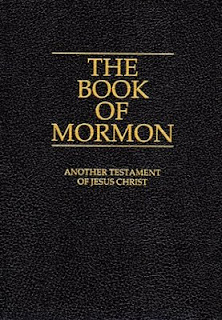 ABC News is reporting on Mitt Romney's ongoing tithe and other donations to the Church of Latter Day Saints. It's a staggering amount of money too -- at least $4 million in just the last five years and, through stock contributions that have not been fully disclosed, possibly millions more.

So, let me try to take this in -- the fellow that the Republicans are going to nominate to run for the Presidency of the United States gives millions to a religious group that teaches millions of planets throughout the universe are ruled by individual gods? And that Earth's "heavenly father" (Elohim) lives on Kolob with his goddess wives where he engages in sexual activity and creates spirit babies? And that Lucifer and Jesus are brothers? And that Jesus won the vote of a celestial council to be the savior of Earth's race?

And, even without getting to the holy underwear, the polygamy, the curse on non-Aryans, the ancient American civilizations that never were, the baptisms for the dead, that's just the beginning of the really kooky stuff.

No, let's face it. Mitt Romney's big-government RINO baggage alone should disqualify him from serious consideration. Beyond that, there is his extremely poor history on the moral issues -- remember the contribution to Planned Parenthood? But, for crying out loud, is not an enthusiastic commitment to the absurdities of Mormonism a clear signal that Mitt Romney is anything but a balanced, rational, profound thinker?

Gravitas is more than slicked back, slightly graying hair. Gravitas is having some sense about the world around (and above) you.

By the way, you can bet the mainstream media will suddenly discover a strong interest in the bizarre tenets and history of Mormonism...just after Mitt Romney wins the G.O.P. nomination. And imagine Mr. Romney in front of Barbara Walters or in a televised debate trying to answer questions about pre-existence, Moroni, the golden tablets, and so on. Even Barack Obama will look better to the American voters after that.
Posted by DH at 9:43 AM