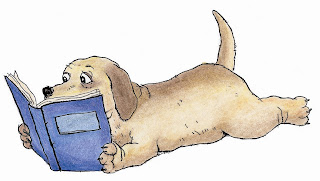 * Rich Lowry, editor of National Review, has a compelling piece which dramatically contrasts the chivalrous attitudes of the Edwardian era (exemplified by the men of the Titanic) with the selfish panic displayed by the captain and crew of the Costa Concordia. And they say culture has progressed?

* "So what are the reasons, in this age of the iPhone, Xbox, and PlayStation -- or Fox News blondes and HBO -- to sit down and read old stuff for an hour or two each week? Here are a few reasons [from Victor Davis Hanson] other than the usual defense of the 'classics,' the 'canon,' and the glories of 'Western civilization.'"  Bookmark it. Print it off. Maybe even hand out copies on the street. It is that good.

* From a most unexpected source (the Washington Post's Sally Quinn) comes a remarkably positive column about Tim Tebow.

* Over in the Washington Times, William Murchison reviews a new biography of one of our most profound Founding Fathers, the "Christian republican" Patrick Henry. The book is Patrick Henry: First Among Patriots and Murchison's review may be more than enough incentive for you to put in your order.

However, millions of Christians send their kids off to be trained every day in the religion of godless secularism and seem to think nothing of it. Humanist Charles F. Potter understood better than most Christians. He said, “Education is thus a most powerful ally of humanism, and every American school is a school of humanism. What can a theistic Sunday School’s meeting for an hour once a week and teaching only a fraction of the children do to stem the tide of the five-day program of humanistic teaching?” Great question!

Is it any wonder that the church has lost such a great number of young people? Once their faith in the Word of God has been eroded, it’s almost impossible for them to take the church serious...(Read the rest of Jeff Keaton's "Who is Evangelizing Your Child?" right here.)
Posted by DH at 8:41 AM