Do the Communists of China Hate Poetry? Or Justice? 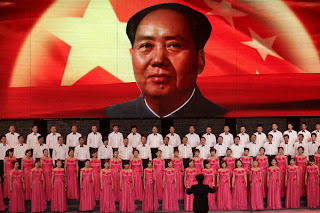 According to Communist China, the escalation of recent harassment, arrests and imprisonment of human rights activists in that nation is no big deal. Of course not. To them, persecuting Christians, reformers, and other persons of conscience is just the same old stuff.

Foreign Ministry spokesman Liu Weimin says, "The Chinese side attaches great importance to promoting and protecting the fundamental rights and interests of people of all ethnic groups, including the freedom of expression and of religion." Please, keep the laughter down. "As for some people who have dealt with the law, it's not because their freedom of expression and freedom of religion have been suppressed, it's because they have violated Chinese laws and regulations and so should be punished by the law. It has nothing to do with so-called human rights."

Of course, the operative term there is "so-called human rights."

Thus the Communist government justifies such actions as the recent arrest of Zhu Yufu on subversion charges -- for writing a poem and posting it on the internet. The poem didn't call for the overthrow of the government; it didn't urge violence, vandalism or even civil disobedience. It merely called for people to gather together to express their yearning for more liberty.

Zhu's lawyer will attempt a defense on the basis of freedom of expression, but he holds out little hope for an acquittal.  "You can't be optimistic about anything in China," he said. "In this country, he'll be punished harshly."